The major driving force for growth in China’s MIM industry continues to be consumer electronics applications, with the largest application area being mobile phones (65.7%), followed by wearable devices (6.9%) and computers (4.9%). Other application areas for MIM include automotive (7.2%), hardware (6%) and medical devices (3.9%). 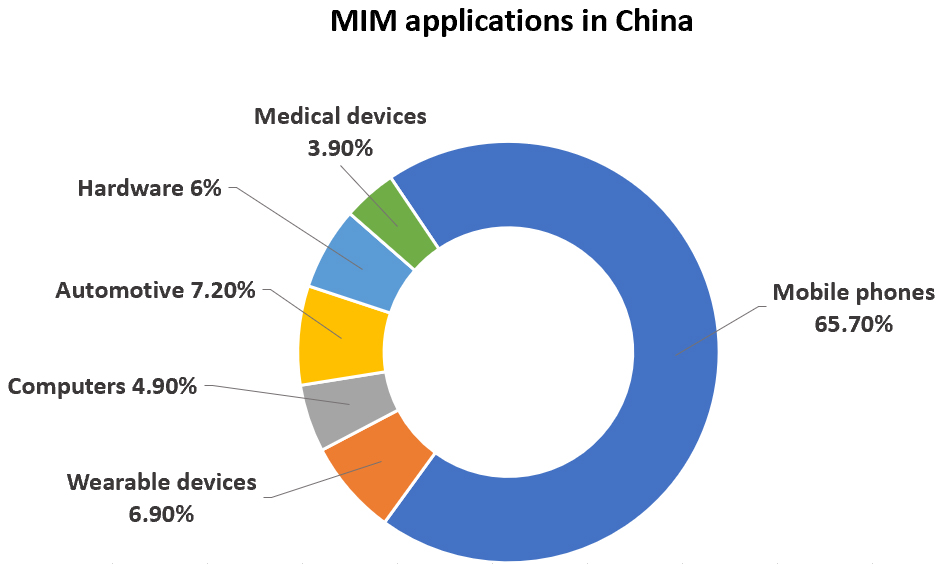 The total shipment of materials (powders and feedstock) for MetaI Injection Molding was reported at between 8000–8500 tons. The report stated that market share remains relatively equally divided between domestic (55%) and foreign (45%) producers. It was estimated in the report that around 80% of Chinese MIM firms have the capability to produce feedstock in house, although many use a combination of ready to use and self manufactured feedstocks. Of imported feedstock, BASF’s Catamold is reported to have accounted for 90% of the market.

The most widely used MIM materials in China continued to be stainless steels (70%) and low alloy steel (20%), accounting for a combined 90% of production. Tungsten-based materials accounted for 8% of production, with hardmetals and copper, titanium and aluminium alloys making up the remaining 2%. 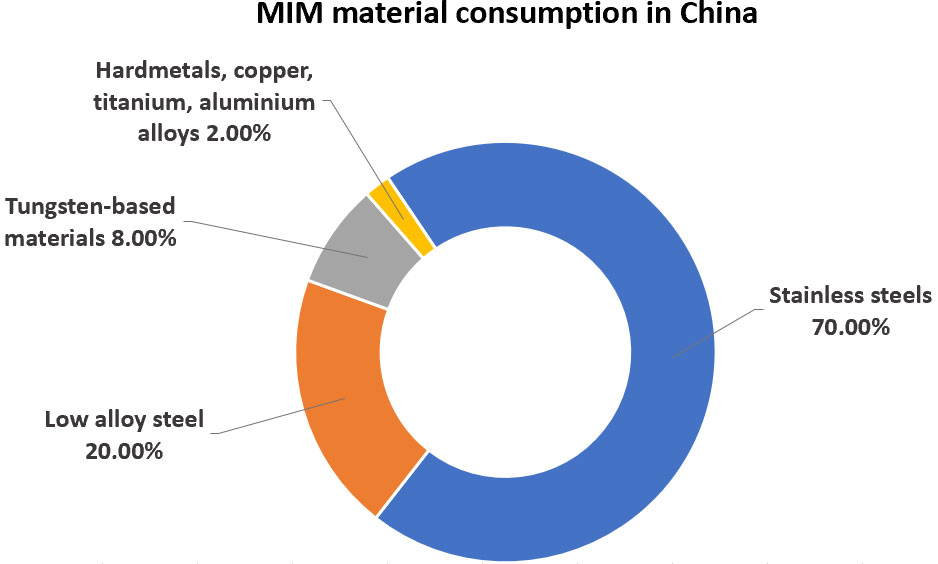 It was reported that new materials R&D for MIM was focused on nickel free alloys, non-magnetic titanium and aluminium alloys. Applications for these materials were found mainly in the automotive and medical industries, including for renewable energy vehicles and medical implants, and in the aerospace and specialist hardware industries.

The report anticipates that, with the continued involvement of investors, as well as moves by some Chinese-based MIM enterprises toward stronger integration and overseas development, the pace of growth for the industry will quicken. Meanwhile, innovative small and medium-scale enterprises will continue to have the space to grow and develop as the industry evolves.